The Altruism Question: Yes or No? 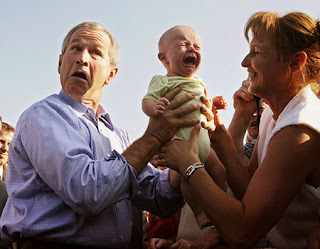 We want to know if anyone ever, in any degree, transcends the bounds of self-benefit and helps out of genuine concern for the welfare of another (Batson, 1991, pp. 1-2).

Batson answers yes and his critics answer no. Despite scores of studies, no data has yet persuaded any of the main players in the debate to change their answer. Part of the reason for this is that ‘The’ Altruism Question is double-barrelled. It combines two questions that would better be asked separately. One asks if behaviour is ever motivated by concern for another’s (positive) welfare and the other asks if such action ever ‘transcends the bounds of self-benefit’.

In my previous post I suggested that it is useful to distinguish between the subject and the object of goal-directed behaviour. People seeking to help others are the subjects of their actions: they are the people who are trying to achieve something. The same is true of people attempting to harm others and of people deliberately seeking to benefit or to harm themselves. In each case, someone is trying to bring about a state of affairs they desire. They differ in what they are trying to do (e.g., to help or to harm) and in the objects of their goals (e.g., who they are trying to help or harm). I suggested that actions can be called altruistic to the extent that they seek other-benefit, just as actions can be called aggressive or prudent to the extent that they seek, respectively, other-harm or self-help. Altruistic action understood in this way is no more mysterious than any other goal-seeking behaviour.

Although it is very easy to get confused when thinking about “altruism”, “selfishness”, and related terms, I have never met anyone who seriously doubts that humans sometimes want nice things for other people and that such desires sometimes motivate attempts to bring those nice things about. There is certainly plentiful evidence that they do; much of it from Batson’s lab.

This answers one half of Batson’s Altruism Question. People do sometimes help because of genuine concern for the welfare of others. 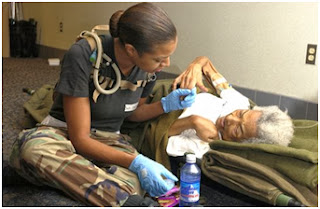 The wording of The Altruism Question commits Batson to move from accepting that people sometimes seek to help others to concluding that, when they do this, they transcend the bounds of self-benefit. But that conclusion is no more justified than it would be after observing that people sometimes strive to harm others.  (The Altruism Question can be modified with ease into The Aggression Question. Try it!)

Batson’s critics feel constrained by the same logic but move in the opposite direction. They reason that people doing something they want to do must involve pursuing rather than transcending self-benefit. Therefore, they conclude, people never help others because of genuine concern for their welfare. All apparent altruism is really self-interest. Presumably, similar reasoning would require conclusions that people who seem aggressive are not ‘really’ trying to harm others but are instead ‘only’ doing what they want to do; pursuing self-benefit. On this account it seems that pursuing self-benefit is the only ‘real’ goal people can ever have.

Any attempt to understand concern for the (positive or negative) welfare of others is severely hampered if all goal-directed behaviour is characterised as being indiscriminately self-interested.

Besides severely hampering research into one of the most important phenomena on earth, the main problem with The Altruism Question being double-barrelled is that it invites unnoticed switching between different meanings of the phrase “self-benefit”.

Batson believes that people sometimes have goals to improve others’ welfare. Batson’s critics believe that motivation necessarily involves people pursuing personal interests. These are perfectly compatible positions. People are sometimes personally - sincerely, genuinely - interested in having a positive impact on others’ lives. Having a positive impact on others’ welfare is (at least part of) what people with altruistic goals want to do.

Related things can be said about people pursuing positive welfare for groups and about people striving to be moral or pious. Batson calls these pursuits examples of ‘collectivism’ and ‘principalism’, respectively, and asks whether they might involve additional forms of motivation distinct from both ‘egoism’ and ‘altruism’. That is, Batson essentially asks The Collectivism Question and The Principlism Question. He might as well also ask The Animal Welfare Question, The Killing Vermin Question, and any number of other Questions. Is it really constructive to question whether people ever (genuinely, really, sincerely, etc.) seek to help particular groups, harm particular groups, follow some principles, resist some principles, help particular animals, harm particular animals, serve science, maintain family honour, etc? Making such claims is only to say that people have and sometimes seek fulfilment of many, many different personal goals. No novel theory of motivation is required by realising any of this; any more than one is needed by accepting that people sometimes have sincere goals to help others.

It is vitally important to try to understand people caring about and pursuing (negative and positive) other-welfare. Progress towards such understanding is routinely hampered by scientists and scholars confusing themselves and others by over-complicating the nature of these activities.

Frustrating though it can be, there are other conceptual confusions which need to be addressed before the empirical literature relating to concern for the positive welfare of others can be appraised with a clear head. Next up: Does altruism require sacrifice?

‘The Altruism Question’ is doubled-barrelled and asks two distinct questions.

One part of ‘The Altruism Question’ asks if people ever act on goals to help others. The evidence that they do is similar to evidence that people act on myriad other goals they have.

The other part of ‘The Altruism Question’ asks if people ever transcend self-interest. They do to the extent that people sometimes have personal interests to pursue the perceived interests of others (as well as or rather than pursing interests for the ‘self’ – see previous post). They do not in the sense that people’s personal goals are, by definition, their own goals - even when those goals are to try to help others.

The conflation of distinct questions within ‘The Altruism Question’ leads to confusion, particularly around notions of “self-interest”. There is no tension involved in claiming that people sometimes seek to satisfy personal goals to help others.

A couple of key sources

T. Farsides. (2013, October 14). The Altruism Question: Yes or no? Retrieved from http://tomfarsides.blogspot.com/2013/10/the-altruism-question-yes-or-no.html


Compassionate intervention –No link! Sorry, I can’t remember or currently relocate where I copied this photo from. I will attribute the source as soon as I can find it again.
Posted by Tom Farsides at 01:38